Ah, the ol’ battery change – it sounds so simple doesn’t it? When it comes to getting a new battery in your vehicle, you’re probably focused on two things. The first being the obvious, is this going to mean my car actually starts up? And secondly, how long is it going to last?

For a long time, the CCA rating was the most widely used method of evaluating and measuring the performance of car batteries. CCA stands for Cold Cranking Amps, and is probably the most common measurement of a battery’s capacity to start an automobile in cold temperatures.

Why CCA? Well, it’s a stress test, really. Not for you, assuming you’re not actually doing the replacement itself. It’s a stress test on the battery itself. Basically, it’s far more difficult for the battery to start with cold engine. So with that in mind, it’s no surprise that the CCA plays such a significant role in battery ratings.

Bear in mind, if you’re looking for a new car battery, many actually go far above and beyond the required CCAs needed to start your car, and this isn’t necessarily a good thing.

Simply put, higher CCA requires more battery plates, and while this is fine in cold climates, in some hotter climates, it actually increases problems such as corrosion, water loss, and vibrations which can all reduce a car battery’s life.

AGM batteries are similar to flooded lead acid batteries, but instead of freely flooding the plates, the electrolyte is absorbed and retained in glass mats. Because an AGM contains no surplus electrolyte, it can be used in any orientation (including upside down!) without spilling.

So, which car battery should I choose?

As with most car-related questions, it all comes down to the make and model of your vehicle. Once you know what’s important to look for, it’s way easier to determine the right battery for your car.

Century Batteries are popular in New Zealand. Why? Well, they come have great starting power without losing durability. What’s more, they give a 40-month warranty on their batteries, demonstrating their confidence in their ability to last the distance.

That said, it might require a bit of expert knowledge to ensure you make the right choice.

Need a hand? Head over to the My Auto Shop services area and we’ll point you in the right direction to get the best advice for your particular car model. 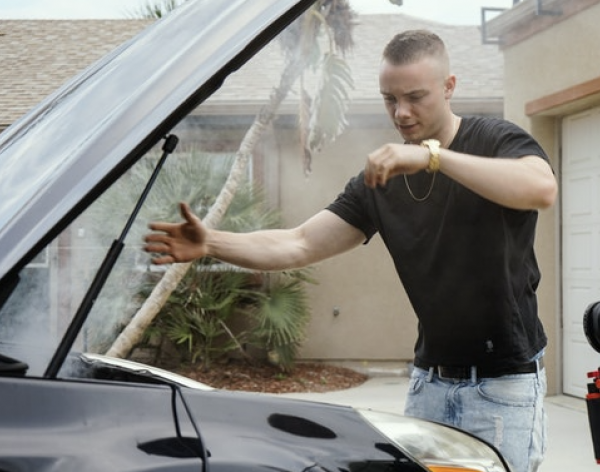